Every Dawg Has His Day 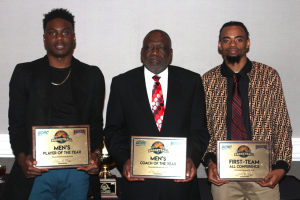 Jacksonville, FL-The Men’s and Women’s Basketball teams recently traveled to Jacksonville, FL to compete for the 2019 Gulf Coast Athletic Conference Championship hosted on the campus of Edward Waters College.  On Thursday, the GCAC held its annual awards banquet to honor those recipients of the conference’s highest awards.  On the women’s side, senior Debraia Bell was named a GCAC Second Team All-Conference selection.  On the men’s side, senior Kourey Davis was named a GCAC First Team All-Conference selection, Head Coach Thomas Billups was named GCAC Coach of the Year and senior Tonzell Handy racked up on the night; being named a GCAC All-Defensive Team selection, GCAC Defensive Player of the Year, GCAC First Team All-Conference selection and GCAC Player of the Year.  The Tougaloo College Bulldogs were awarded the trophy for GCAC Regular Season Champions. 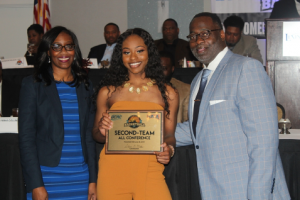 The Bulldogs, however, took care of business in their quarterfinal match as they eased past Rust College 97-64 to advance to the semifinal game.  Tonzell Handy led the Bulldogs with 23 points and 11 rebounds.  Ledarius Woods followed with his first career double double of 19 points and 10 rebounds, Kourey Davis finished with 17 points, Derrick Ashley had 12 points and Sean Atwater had 10 points.  The top-seeded Bulldogs advanced to 26-4 on the season and was set to face off against #4 seeded Xavier University in the semifinal match. 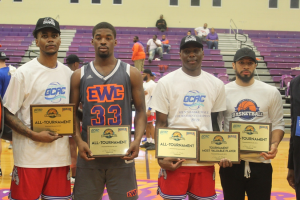 On Saturday, the Bulldogs were in a dog fight with Xavier University, but the Dawgs survived a scare by the Gold Rush with a 92-85 overtime victory in the semifinal match.  Tonzell Handy led five Bulldogs in double figure scoring with 22 points.   D’Michael Stribling followed with 20 points, Dearius Griffin added 14 points, Kourey Davis had 11 points and Stanley Williams finished with 10 points.  The win advanced the Bulldogs to the championship game for the first time since 2012.  The Bulldogs were to battle host school and #6 seed Edward Waters College on Sunday for the 2019 GCAC Basketball Championship. 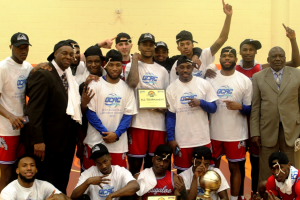